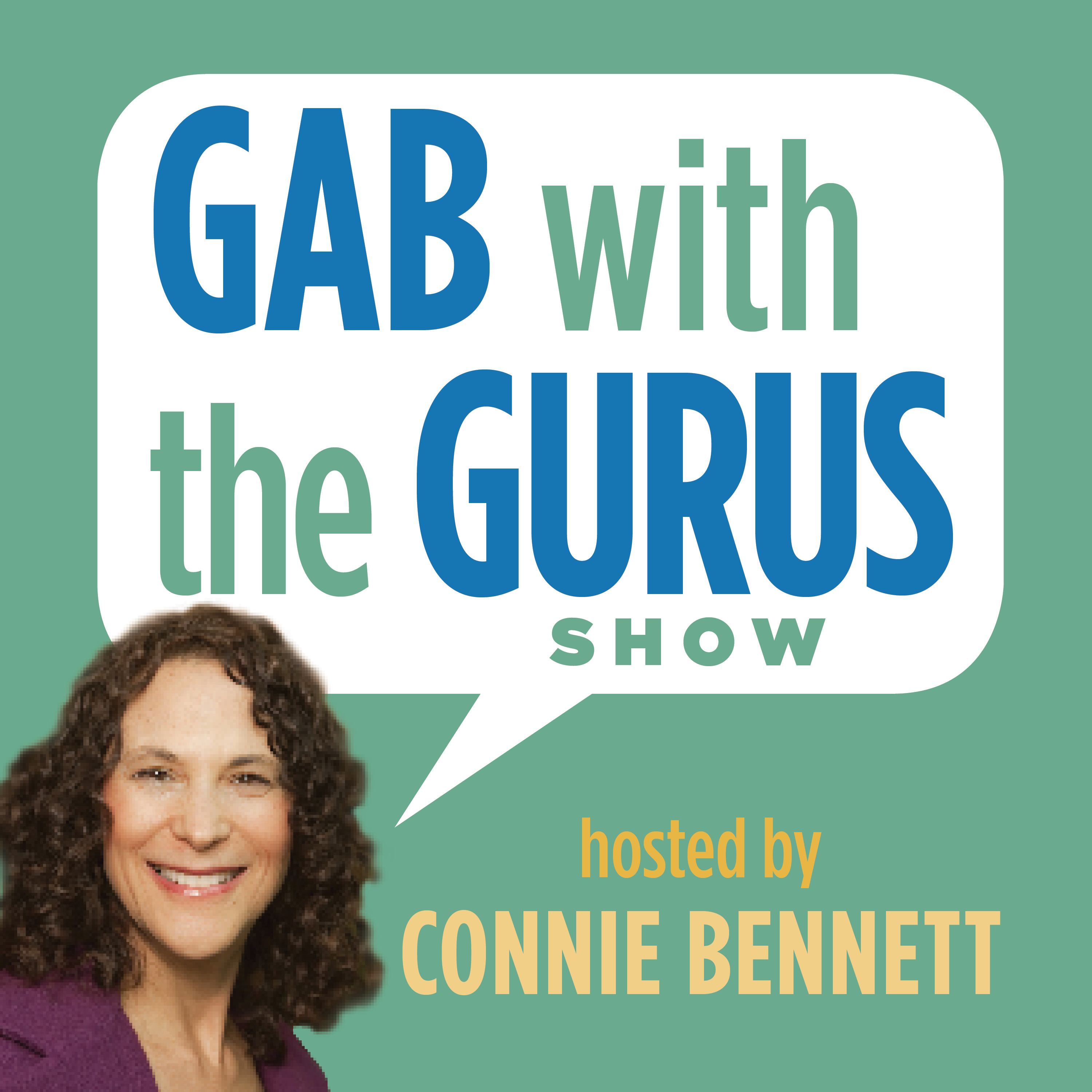 Let’s connect! What are your favorite Gab with the Gurus Shows and why? Any particular favorite among the famous health gurus on […]

Have you had a chance to catch Gab with the Gurus Shows with Marianne Williamson, Marilu Henner, Dr. Judith Orloff, FlyLady Marla […]

As you may have already read on my Sugar Shock Blog, Jack LaLanne — who passed away yesterday — was one of my heroes.
Can you think of another man, who’s been as influential in the field of fitness?
And can you think of another person, who’s been as outspoken as he was on the dangers of sugar and refined carbs?
As I mentioned here, I’ve had the pleasure to interview Jack several times.
I encourage you now to listen to one of my interview with the enthusiastic, energetic Kind of Fitness and Sugar-Free Pioneer.
I conducted this interview with Jack LaLanne on May 1, 2008.
Listen now.

In Loving Memory of Jack LaLanne
The personable, larger-than-life fitness guru and anti-sugar pioneer Jack LaLanne passed away yesterday at the age of 96.
What’s so remarkable about the Superman-like Jack LaLanne was not that he lasted into his 90s but that the energetic, effervescent health aficionado knew how to live well.
Decades before Americans realized the value of fitness, Jack opened his first own health spa and, of course, worked out regularly himself.
What’s more, decades before people knew that sugar was bad for you, Jack spurned the sweet stuff. (Actually, people are still waking up to sugar’s dangers, which is now keeping me busy.)
More importantly, because of Jack LaLanne’s determination to stay healthy, fit and happy, he thrived. The idea of “just surviving” or “getting by” was completely foreign to him.
I mean, the “Godfather of Fitness” really lived, as I’ve had the pleasure of witnessing.
That’s because, in recent years, since becoming an anti-sugar advocate, I’ve had the honor and pleasure of interviewing Jack LaLanne several times.
First, in 2004 or 2005, he took time out for an interview for my book, Sugar Shock. (For those of you who have my book, please turn to page 139, where you can read his compelling sugar story.)
Then, in April 2008, Jack graciously appeared on my radio show as part of my 10 Years’ Sugarfree Celebration. At the time, Jack had been off of sugar for a whopping 80 years! (FYI, my show was then called the Stop Sugar Shock Radio Show, not the Gab with the Gurus Radio Show, which is what it’s called now. Special thanks to BlogTalkRadio for featuring that interview with Jack LaLanne.)
The following year, on April 26, 2009, I had the pleasure of meeting Jack in person.
I was invited to interview Jack and to present him with a Lifetime Achievement Award at a Obesity and Food Addiction Addition Summit on IslandWood, Bainbridge Island. What a treat that was! (You can watch the program here.)
Granted, I wasn’t a close personal friend of Jack’s, but from our few times chatting, what struck me about this amazing man was his infectious enthusiasm, his remarkable power to motivate people, his deep-seated joie do vivre (gusto for life), his diehard commitment to a healthy lifestyle, and his profound love and admiration for his wife Elaine (to whom he was married for 51 years).
Jack LaLanne also had a gleeful, “I’ll-show-you-how-much-a-man-can-do” attitude, which, of course, led him to perform quite amazing feats, which I recounted on my Sugar Shock Blog.
As I take some time out from writing my next book, Beyond Sugar Shock, to reflect on this magnificent, inspiring man, I’ve trying to think of how best to pay tribute to Jack LaLanne.
What I’ve concluded is this: Each and every one of us should honor Jack by living gloriously and cleanly, as he did.
In other words, fellow Americans — or people around the world — let’s get off our tushes now. In short, let’s exercise often. No excuse is good enough, as Jack pointed out.
And ditch the sugar, which can, to put it bluntly, kill you if you consume too much of the stuff. (Almost all of you fit into that category, as The Dr. Oz Show pointed out last week.)
For that matter, let me scare you more. Your excess sugar intake can trigger heart disease, type 2 diabetes and cancer so there’s a good chance you won’t make it anywhere near 96 like Jack.
Now, let’s all honor Jack LaLanne by making plans to get on a regular work-out regimen.
And please, I implore you, also in his honor, get on the White-Out Wagon — in short, quit the nasty White Substance, sugar, that can cut your life short.
Now, I invite you to watch what Jack said about sugar years ago, on his “Jack LaLanne Show.”

I’m now celebrating three years as a radio host.
First, my Gab with the Gurus Radio Show is now celebrating two years of serving you, thanks to Blog Talk Radio. (I just realized this while sending information to a reporter, who’s writing an article about the show.)
Last Saturday marked three years to the day (July 10, 2007) when I first began as a radio show host.
Originally, my show began as the “Stop Sugar Shock Radio Show.” My first guest was the inspiring, personable low-carb blogger Jimmy Moore.
Listen to my first show now.
Then, after one year of interviewing experts, in June 2008, I renamed it as the Gab with the Gurus Radio Show to more accurately reflect the fact that I interview experts and bestselling authors in a variety of fields — not just health and wellness.
For instance, on the Gab with the Gurus Radio Show — which you can subscribe to on iTunes — I chat with nationally acclaimed, motivating, articulate experts, authors and celebrities in the field of health, wellness, personal empowerment, Law of Attraction, weight loss, fitness, relationships, social networking, book writing and marketing, productivity, self-help, movies, etc.
As you already know (I hope), my show is now called the Gab with the Gurus Radio Show — you can reach there easily — just go to http://www.gabwiththegurus.com.
My guests have included Montel Williams, Suzanne Somers, Dr. Mehmet Oz, Marilu Henner, “FlyLady” Marla Cilley, Dr. Nancy Appleton, Dr. Pat Allen, Michael Port, Marci Shimoff, Dr. Ann Louise Gittleman, Jack LaLanne, Dr. Bernie Siegel, Dr. JJ Virgin, Arielle Ford, Dr. Diana Kirschner and many more fascinating guests.
You can listen live most Wednesdays at 2 pm Eastern or catch archived shows at any time. However, this summer, I’m hosting a number of other shows (on other days).
For instance, today, Thursday, at 2 pm, you’ll get the scoop on my Gab with the Gurus Radio Show on how you can delay aging when I interview Robert Kane Pappas, director of the new film, To Age Or Not To Age, and Dr. Leonard Guarente.
And next week, July 19 to July 23, I’m holding a Gratitude Week on Gab with the Gurus. Stay tuned for details.
Also, remember that my show is picked up on iTunes — just go here to download it — http://itunes.apple.com/us/podcast/gab-gurus-with-connie-bennett/id290617732

Did you know that fitness icon Jack LaLanne used to be a sugar addict 80 years ago?
Tonight, at a food addiction and obesity conference on Bainbridge Island, I had the pleasure of interviewing him.
Check out this video from years ago, where you can see how Jack was so ahead of his time.
Now watch this interview I conducted with Jack last Saturday, at this amazing conference.

Sugar? Does it rule your life? Are you trying to get out from under its control?
I guarantee you that if you cut out what I call culprit carbs, your life will completely change. Indeed, I truly became reborn when I took the plunge to banish sweets and refined carbs.
In fact, last week, on April 15, marked 11 years off sugar for me. This year, I celebrated quietly by exercising, working, getting ready for a trip and holding a special 10-minute announcement radio show.
But last year, for my 10-year anniversary I held a wonderful, two-part Gab Fest With the Gurus, who shared information about the value of removing sugar from your life.
Right now, I’m listening to the inspiring interview I had the pleasure of doing with Jack LaLanne in 2007 right around this time. I’m actually preparing for an exciting, first-of-a-kind Obesity and Food Addiction Summit this weekend at which I’m presenting a Lifetime Achievement Award to the Grandfather of Fitness and interviewing him. I’m also appearing on a panel.