Stress is one of the biggest reasons that people pig out on sugary, fatty, salty treats or processed carbs, which, of course, pack on the pounds. 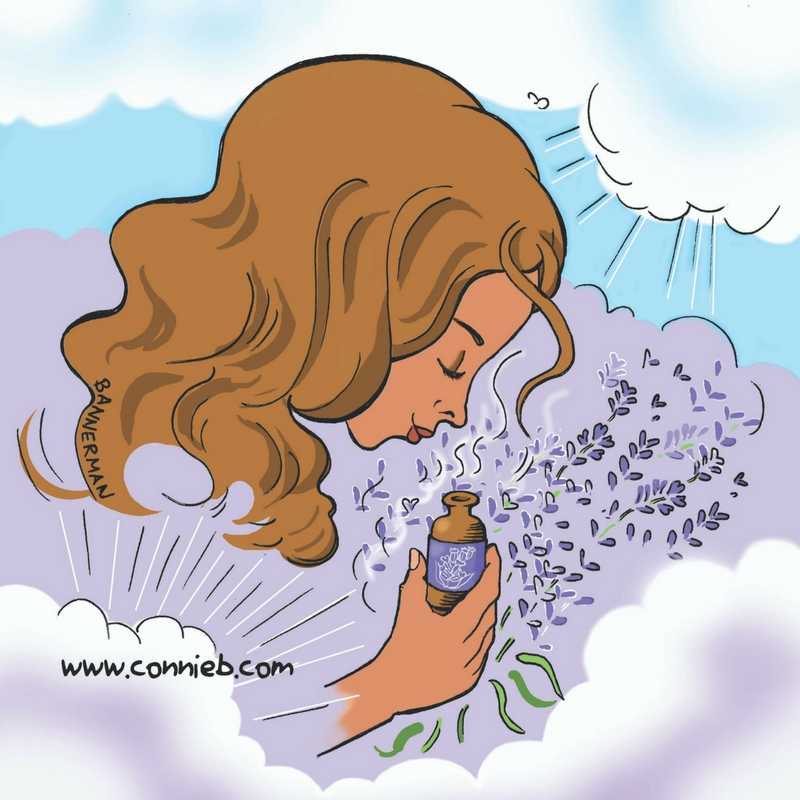 Today’s Cravings-Crushing Monday tip is another super-simple idea, which can calm you down quickly.

It’s also one of my favorites.

Just keep a little lavender whenever you’re on the go, and when stress strikes, just inhale deeply. That’s it!

Ancient Romans used the lavender plant to scent their bathwater while other cultures have historically used it to treat depression, irritability, and insomnia. Research now shows us that lavender’s aroma can greatly diminish stress, which, as you may well know, is a prime trigger for food cravings.

The Scientific Evidence: As always, before I share a tactic, my researchers and I track down a study, which validates it. So check out the fascinating research on this super-simple Sniff Away Your Stress Tool.

Researchers at a nursing hospital in Taiwan recruited 110 nurses as volunteers in a study of lavender oil and stress. Half of the nurses pinned small containers of 3 percent lavender oil (the rest was water) to their clothes while at work. The other half, the control group, pinned their clothing with containers but no lavender oil.

“Aromatherapy was shown to be effective in the reduction of the number of stress symptoms for 3 or 4 days,” the research team wrote. Isn’t that awesome?

Sure enough, stress symptoms and the severity of stress was cut by more than half with the lavender group, while the control group saw its stress levels increase.

All, thanks to lavendar!

How It Works: The various chemicals in lavender, such as Linalol, linalyl acetate, geranyle, eucalyptol, pinene, limonene, cineole, phenol, coumarins, flavonoids, work together by “ stimulating smell receptors in the nose, which then send messages through the nervous system to the limbic system — the part of the brain that controls emotions,” according to The Mayo Clinic.

“What are the benefits of aromatherapy?” The Mayo Clinic.

Share this Cravings-Crushing Monday tip with your friends and family.

“What is Cannabidiol Oil?” HMHB

3 thoughts on “Sniff Away Your Stress”